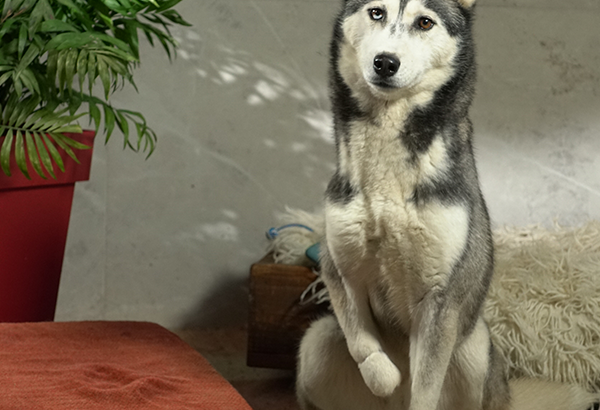 Acro is a young lady with three legs. Found wandering in the streets, walking from neighborhood to neighborhood without a specific destination. With a bad wound on her paw that was not salvageable (now amputated) with a dead nerve, photographed by many in different locations but caught by only one person who helped us finally catch her so that we could take her in.

Acro is called acro because she has the soul of an acrobat. When she was with us she managed to run away three times and three times we ran after her until we eventually caught her. Although she has only three functional legs, Acro has successfully climbed out of her kennel, climbed out of the inside fence, and climbed out of the main fence around the shelter, running away with full force as if on a mission.

Eventually, Acro calmed down and understood that the kennel is not such a bad place (not as good as a home). She is certainly happier now in her home with her two adopted siblings. Thanks to the organization Miracle’s Mission in the UK, Acro found the most suitable home and also got a prosthetic paw that has given her the opportunity to now run on all fours.