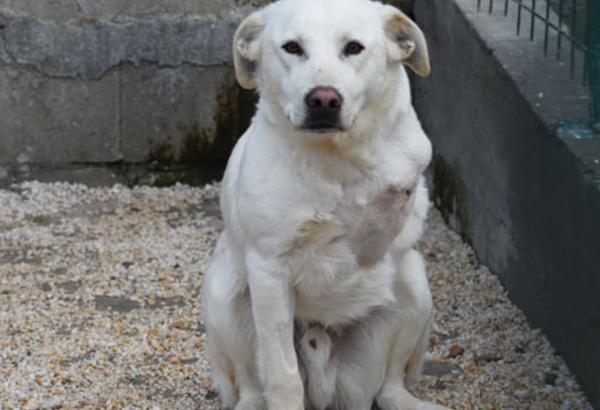 Loves to play and run after the ball, loves running, running, and more running. Loves food and loves human affection.

Milo was found on a mission… running to an undefined destination, not stopping, going through traffic, through rain, through anything. One of his legs was visibly deformed and seemed like it was smaller in size than the other front leg.

A lovely lady together with a couple of her friends made a plan to catch him and after a couple of attempts were successful. He was taken to kennels where he didn’t waste time showing his energized character. He was hyperactive and needed a lot of physical stimulation however, the caretakers were instantly in love with him and did everything in their power to give him everything he needed.

Together with the lovely lady that initially saved him we arranged for him to get his deformed leg amputated, the amputation was successful and it was not long before he started running the same as before. He is a very energetic dog that we are sure if he had all four legs he would be unstoppable. Even now he is much faster than any other dogs at the shelter. He is a true athlete and just emits positivity with everything he does.