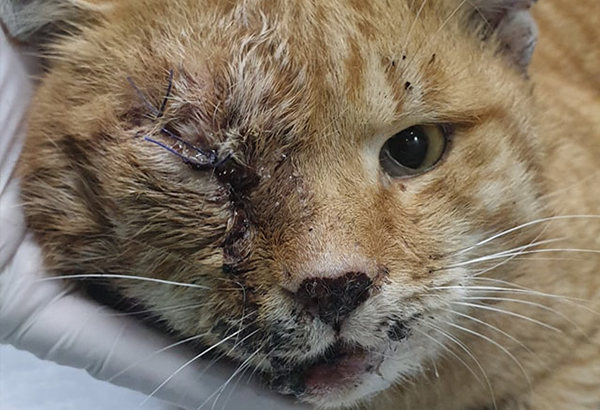 Thor was found in very bad shape on the street by witnesses that saw him being hit by a car. He was a very big tomcat that weighed 7 and a half kilograms. He looked very healthy and he was not a kitten but a full grown tomcat that surely had a couple of years on him. He had lived on the streets and had thrived; he was surely the king of the neighborhood until a careless human being ran him over and did not look back.

We tried everything for a week, we had to feed him only watery food, a lot of painkillers and antibiotics were given to him daily and we really tried to help him get through that period and his injuries. However, he did not make it and after a week he succumbed to the irreversible damage that was done to him.