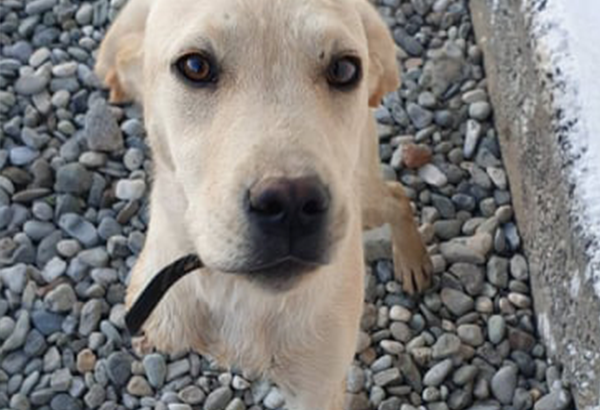 Loves to run around and play with any other cat, loves to come and greet you with a short sniff and then run off, and loves to explore.

They might be three-legged but they are much more capable of climbing over high fences and running after the ball than you think.

Maco was left for dead in front of our shelter. When we found him the bones on his head were quite visible and even though he didn’t have enough energy to move much he still found the strength to wag his tail when he saw us approaching. It was very cold and there was so much snow outside, the temperature was below freezing and he was just patiently waiting for anyone that would help him, alone, in the closed front gate.

We didn’t have the suitable conditions to take in very young dogs but we couldn’t leave him just like that. He was not only malnourished but one of his front paws was damaged. We later on found out that he had severe nerve damage in his paw and it was eventually amputated.

We were really not sure that he would survive but he gave us home with his characteristic wagging tail. He recovered well, with high quality puppy food and a lot of extra supplements he gained weight fast. His character was lovely, he followed us everywhere, loved the cats at the shelter, but most of all loved cuddles.

Maco is now very happy, he loves everything around him.